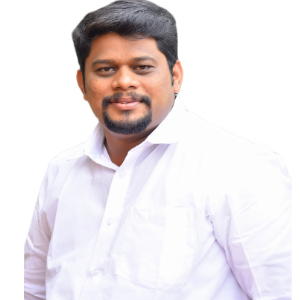 He is the second son of Bishop John F. Aruldoss who is the founder of Bethel Prophetic Ministries in karaikudi. As per accepting the Heavenly calling, he finished his degree in Madurai AG Bible College in 2006 and from that he is serving the Lord as a pastor in Jehovah Nissi Praise Jesus Church at an area named Burma colony in Karaikudi.

More than 200 souls are believers in his church. He is also conducting Branch churches in  Kottaiyur which are nearby to karaikudi. Recently there is a plan with prayers to plant new church in Pudhuvayal also.

He is an awesome worship leader and Our Lord has given many new songs for him in his personal prayer. By selecting few songs he has released a new ACD named “Jeevathipathi” added with that he has also released a new message ACD named “Un Seigaiku Yetra Balan”. By the grace of the Lord, many souls have been blessed and touched by hearing his songs and received divine counsel by hearing the word of God and they have been also received spiritual blessings and firmly placed in their churches.

Continuously please pray for his ministries and for the visions in the church.