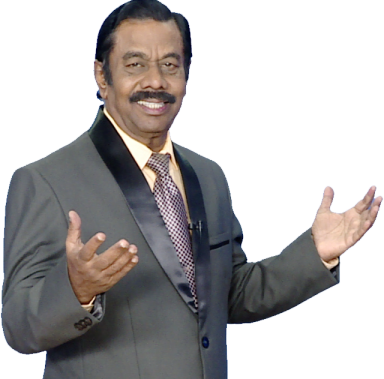 This ministry is ordained by the lord Jesus Christ to share the love & compassion of Jesus Christ to the whole world. It is founded by bishop John F. Aruldoss called by our lord through a vision during the year 1982.

God has graciously bestowed him with mighty spiritual gifts as he loves the lord more than anything and swift to hear the voice of the lord and try to obey the heavenly visions. From a humble beginning.

A long suffering father manner attitude filled shepherd to watch the flock of the lord. Millions of peoples are blessed and Spiritually healed through his powerful prophetic sermons by the wonderful programs like shepherds manna, new path, live healing service, depth of satan telecasted through angel tv.

Prophetic anointing flows as a river throw this last day prophet, As Bible says in Amos 3:7 Surely the Lord God does nothing, Unless He reveals His secret to His servants the prophets. God reveals all the things which is going happen in future for Nation and for a person. God has entrusted him to equip the church with prophetic counseling, warning against false doctrines and to fight against evil spirits and to run the race of faith with boldness and to accomplish the will of god as he was ordained as the prophet of this last day churches.

God’s Voice For You

How great you are, Sovereign LORD! There is no one like you, and there is no God but you, as we have heard with our own ears.
2 Samuel 7:22
Scroll to top